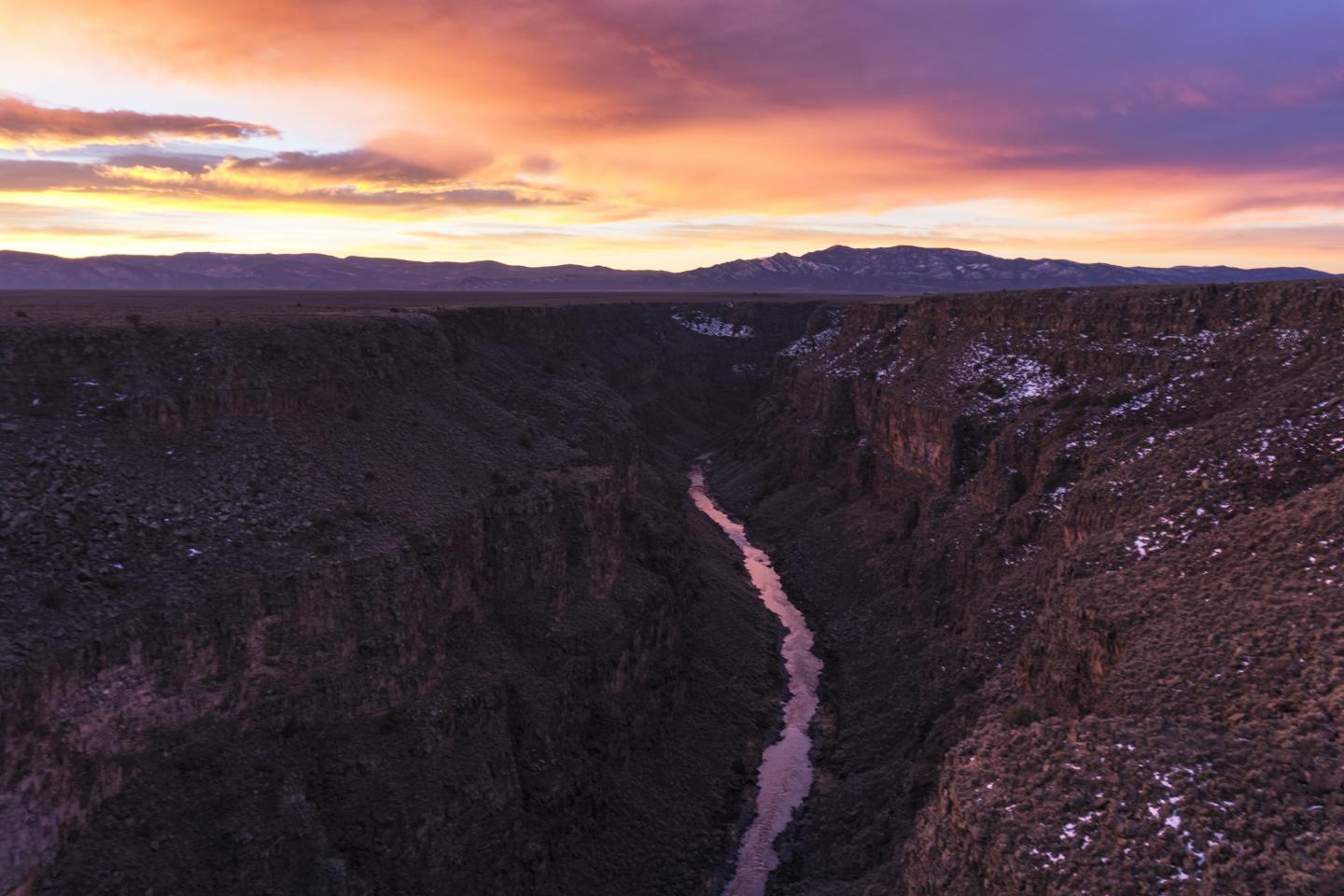 Over 60 years ago, Swiss ski pioneer Ernie Blake spotted this awe-inspiring mountain’s towering vertical and snowy aspect from his Cessna 170. From that day forward, the Blake family dedicated their lives to building a destination, their way. They created a pure mountain experience, where local culture and traditional European hospitality formed a welcoming spirit rooted in the natural environment. The vision for the future of Taos Ski Valley is to honor the Blakes’ dream while infusing new energy and capital into the resort.

In the early 1950's, Ernie and Rhoda Blake were living with their children in Santa Fe where Ernie was managing the brand new Santa Fe Ski Basin. As part of his job, Ernie would fly his Cessna 170 into Southern Colorado to work at Santa Fe's sister ski area, Glenwood Springs. His dream was to have a ski resort of his own, so as he flew he searched for a place where he could begin building his vision. Eventually, he found an ideal spot, the big snow basin north of Wheeler Peak in La Cal Basin.

After finding the perfect spot, Ernie moved his family to Taos Ski Valley in 1955. From a camper in the base area where they lived, the Blakes began to build what is now a world-class ski resort. 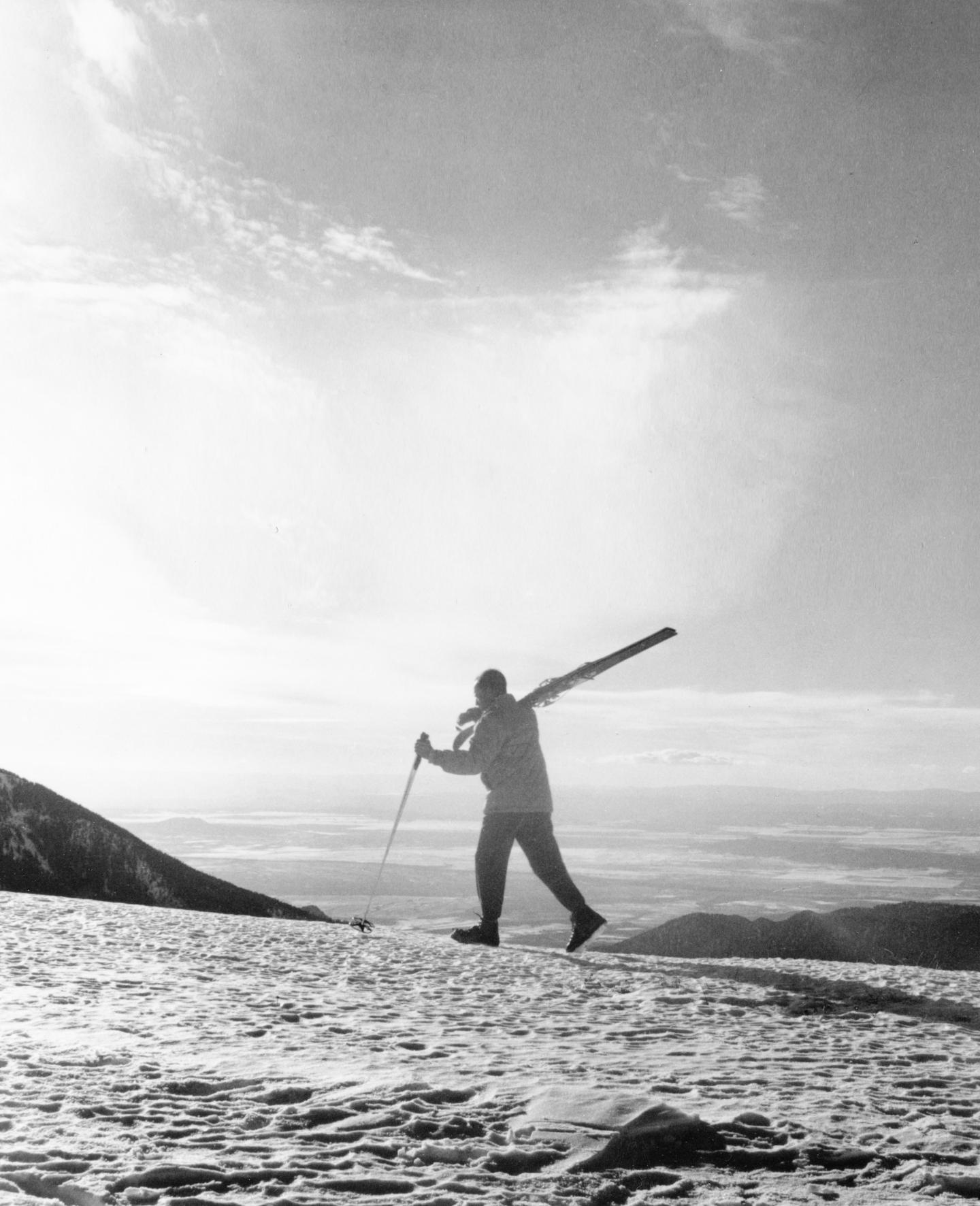 The Town of Taos

A trip to Taos Ski Valley wouldn't be complete without spending time in the storied Town of Taos.  Drawn by clean air and mythical light, visitors come to New Mexico's Soul of the Southwest to experience rich spiritual traditions, fine art, distinctive cuisine, a thriving music scene and of course, the raw, natural beauty of the landscape.

Taos is home to a World Heritage Site (Taos Pueblo), one of the most photographed and iconic churches (St. Francisco de Asis), and a majestic landscape encompassing the Rocky Mountains and the Rio Grande Gorge.  Learn More 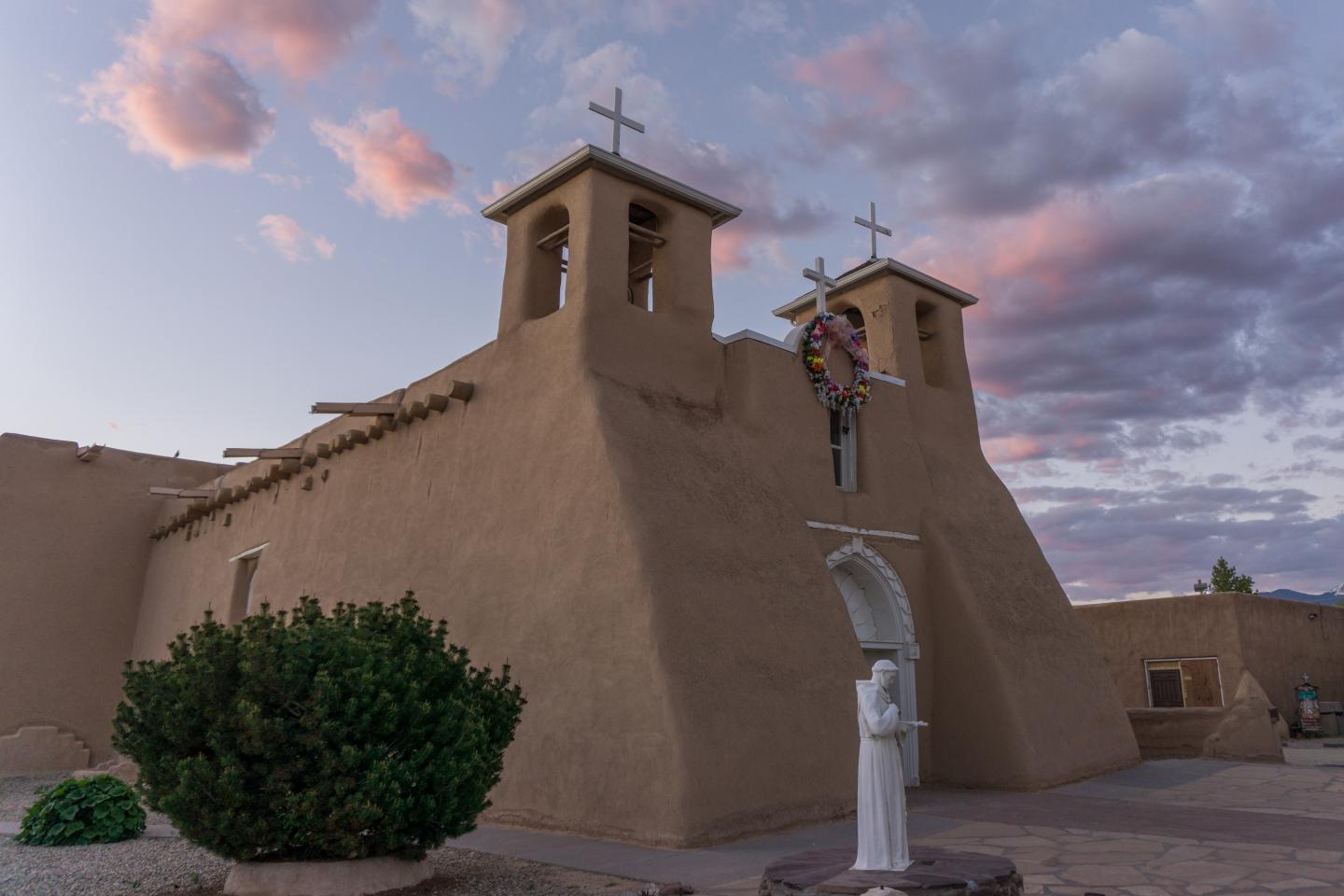 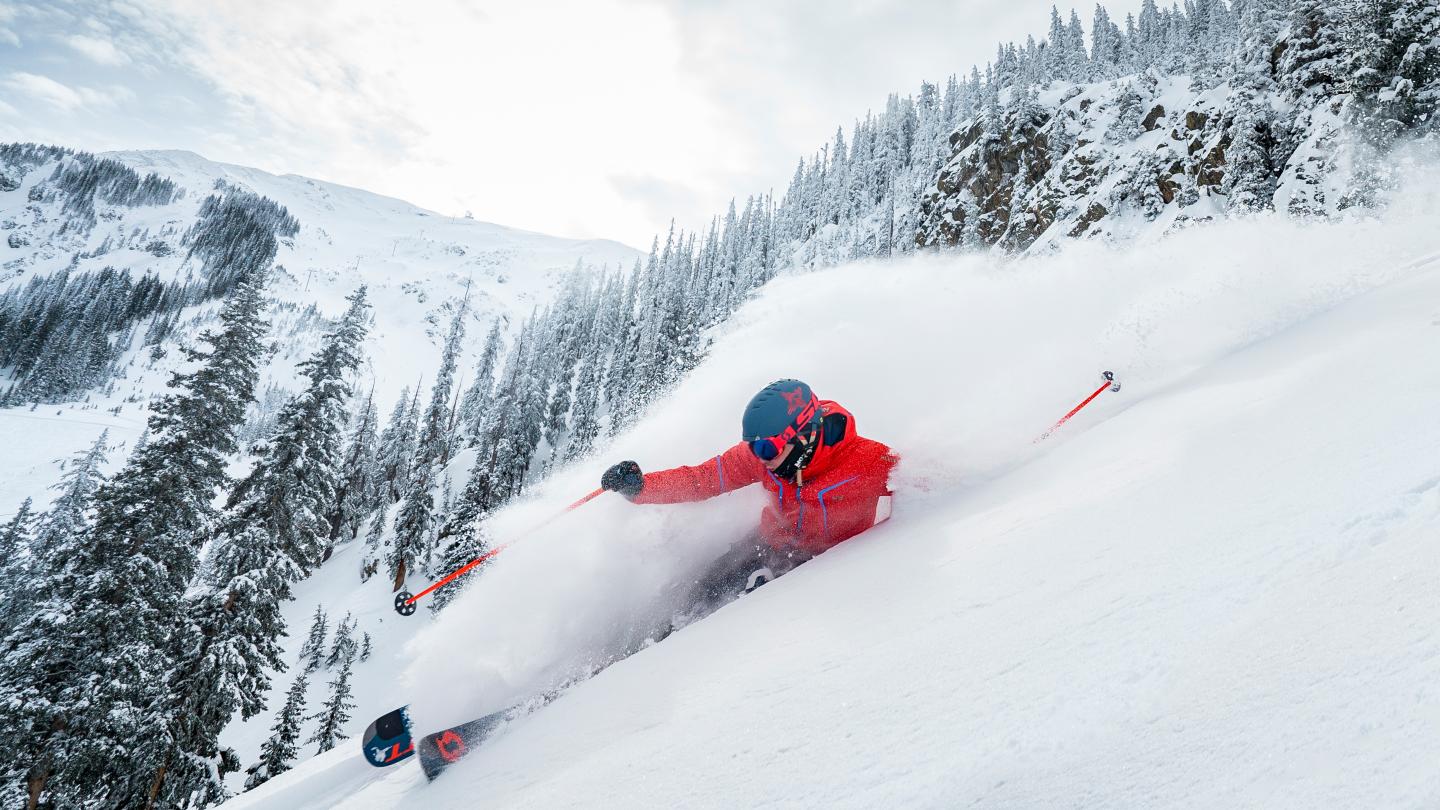 Ernie and Rhoda Blake lived in an eleven foot camper as there were no buildings in the area except an almost-completed Hondo Lodge (now the Snakedance Hotel). Even after they moved into the lodge, they lived without power until 1963.
The first lift was a Bridger-Boseman J-Bar installed in the fall of 1956 by Ernie himself plus sixteen men from Taos Pueblo, and a mule named Lightning. After one day of dragging lift and tower parts through the snow up what is now Al's Run, Lightning quit.

In 1956/57 season, the only run down the mountain was the trail that is now known as Snakedance.

In fall of 1957, a Poma (platter) lift went up Al's Run and ended where Tower 8 of Lift One is currently located. The lift pulled passengers along the ground at twice the speed of a modern lift. It was even known to lift small people completely off the ground in certain spots, leaving them spinning in the air. People would ski down around the lift riders because the run was so narrow.

Rancher Chilton Anderson was hired in 1956. He was extremely tall and in charge of lifting the cable back on to the towers when it would fall off...which it did regularly. He soon joined the Ski School and where he taught skiing for 37 years before retiring.

The first rental fleet was purchased from the army at Camp Hale when the base there was closed. The skis sold for $1 each and had holes in the tips through which a rope could be strung so the skis could be used as a sled. Rhoda was in charge of mounting bindings on all the skis because Ernie wasn't handy with mechanical objects. 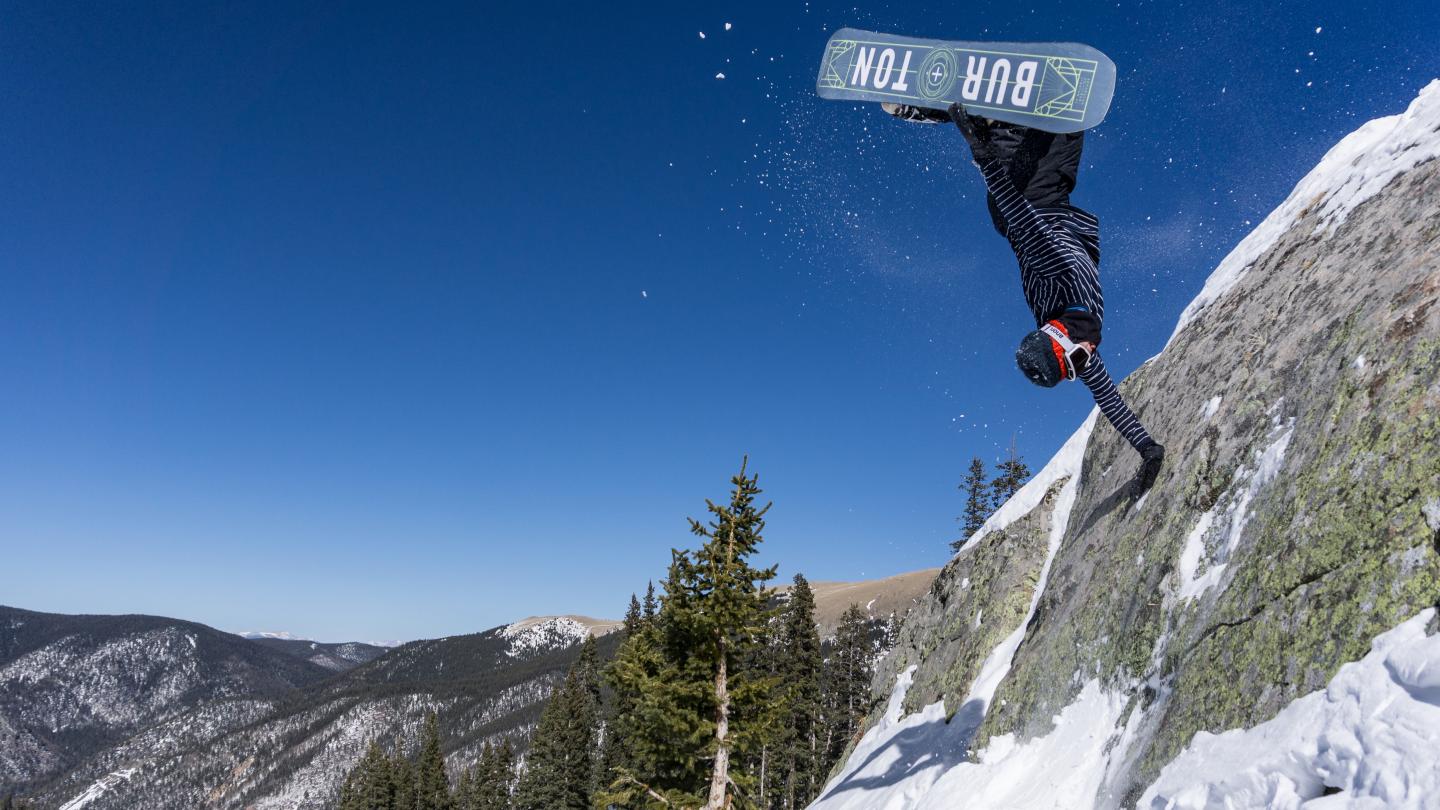 On March 19th, 2008, Taos Ski Valley opened its doors to snowboarding for the first time in its history. A core group of riders fought hard for this change in policy. Today, Taos celebrates the spirit of downhill sliding for all.

A lot has changed since the days of the Blake Family. Our passion for skiing and riding remains as strong as ever. Since we opened our doors in 1954, Taos Ski Valley has continued to serve up diverse terrain for skiers and riders of all levels. From steep chutes and winding glades to sloping groomers and smooth cruisers, this authentic mountain has something for everyone. One thing we can all agree on: the mountain always comes first.

Learn more about the revitalization of Taos Ski Valley