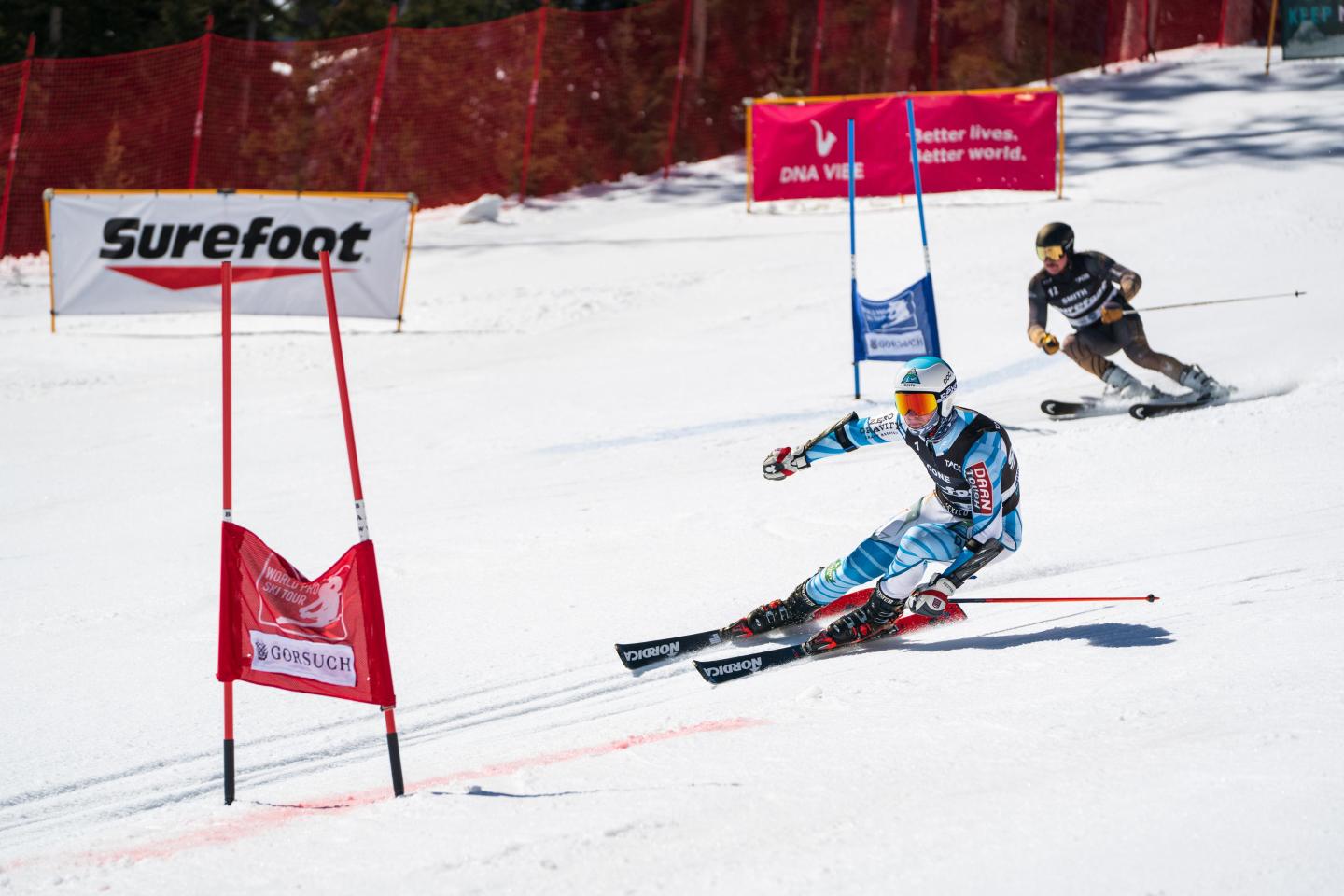 Last week we hosted the World Pro Ski Tour World Championships at Taos Ski Valley. Our expectation was to put on the biggest race in New Mexico ski history and to end our season with a bang. What ensued was so much more.

Indeed, we had some of the all-time skiing greats on our mountain, including the thrilling Austrian Olympic downhill gold medalist Franz Klammer, six-time world’s fastest skier Franz Weber, American Olympic gold medalists Deb Armstrong, Julia Mancuso, and Bode Miller, and perhaps the most recognized US skier of all time, Billy Kidd.

We also witnessed some of the top-ranked alpine ski athletes in the world competing in head-to-head competition on Super Slalom and Giant Slalom courses. German skier and Beijing 2022 silver medalist Linus Strasser and US Ski Team Olympian Paula Moltzan won the Super Slalom and Canadian Olympian Erik Read and Canadian Stefanie Fleckenstein won the Giant Slalom. The $250,000 purse was split evenly between male and female competitors, regardless that the women began with a round of 16 and men began with a round of 32.

There is no question this was the biggest alpine ski event in New Mexico history. But this became much more than a ski race. An event of global scale, it quickly became apparent that this gathering would come down to the big actions, enthusiastic participation, and genuine hometown enthusiasm of our staff and our community. And for this, we are extremely grateful.

Our staff, following a full winter season impacted by early drought, devastating wind events, the Omicron variant, and labor shortages, showed up with enthusiasm and vigor to deliver at the highest level. Everyone pitched in. Instructors were scanning passes, accountants were bussing tables, HR specialists were running makeshift bars, and our property managers were serving goulash.

A community of volunteers showed up in force to assist our race crew by setting fencing, slipping the course, and darting between racers to replace fallen gates. Our wonderful partners, Keep New Mexico True and Centinel Bank, jumped through hoops with very tight timelines to become lead sponsors of the World Championships and Junior Tour races, respectively. Our guests showed up with welcoming smiles, enthusiastic interest, and clanging cowbells cheering on athletes from around the world.

And there was no better way to launch the event than with our local youth ski racers, 26 in all, skiing fast and tactically over a steep side-by-side course of jumps and tight turns designed for professionals.  Excitement was high and the energy was flowing.

Best of all, it is most rewarding when we can use our business as a force for good and introduce programs that benefit all. Through event ticket and VIP credential sales, a fundraising opportunity was created resulting in a $25,000 contribution to the Taos Pueblo Working on Wellness nonprofit designed to get Pueblo youth into the outdoors.

The world came to Taos last week. Our local community made all the difference.