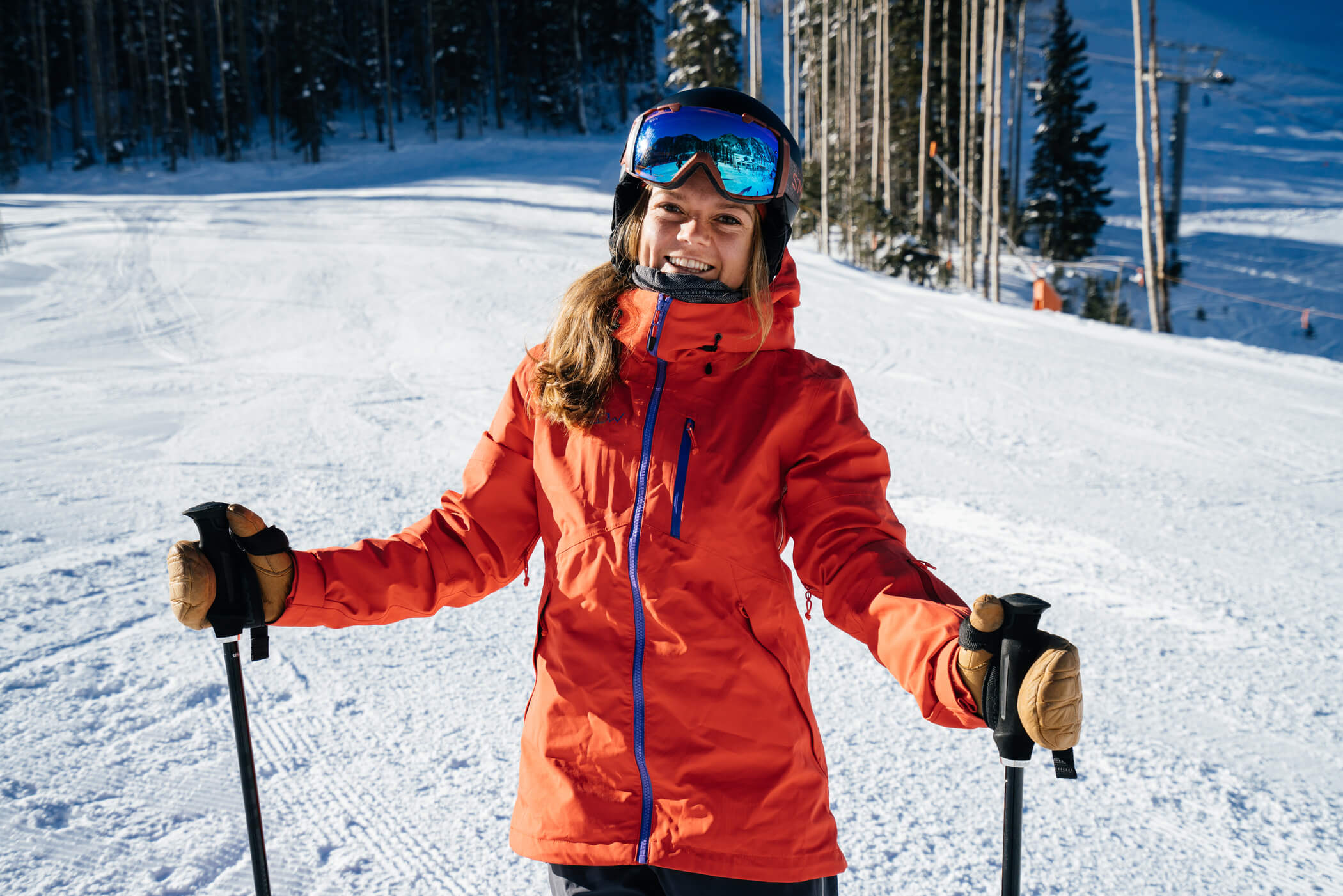 Emma Patterson is ready for the Freeride World Tour

Born and raised on the Taos Mesa, I first forced my foot into a ski boot at two years old. From there? It never stopped.

I grew up ski racing, which entailed learning to ski on the limited number of ski runs with racing gates available at Taos: Lonestar, Lower Stauffenburg, and afterschool training on Strawberry Hill. I wouldn’t be the skier I am today without ski racing, but I didn’t really get a taste for how extreme Taos Ski Valley was until I decided to try “Freeride Skiing” my Freshmen year of Highschool.

At this point, Freeride skiing was just getting started. Andrea Krejci was just organizing the freeride section of the Taos Winter Sports Team, and the Junior circuit of the International Freeski Association had only seen approximately fifteen repeat Junior competitors. Our training consisted of hiking West Basin and Kachina Peak all day, every day. Along with the intention to jump off every single rock on every run, we were skiing some of the most extreme terrain in the U.S. (which we really didn’t know at the time). My first competition was the Salomon Extreme Freeride Championships held at Taos Ski Valley. This competition was the most fun I had ever had; the competition was friendly and we were all there to ski some pow, send some gnarly lines, and have a dance party at the finish line.

Fast forward eight years and I’ve found myself a rookie at the highest level of Freeride Skiing: The Freeride World Tour. The 2018/2019 season consisted of travelling across North America, including Revelstoke, BC, Crested Butte, CO, Taos Ski Valley, NM, and Kirkwood, CA. In April, I won the North American Championships in Kirkwood after a stellar season leading the women’s field. I couldn’t ask for a better way to end the season.

This season, I’ve trained in Taos along with the people who made me love the sport of Freeride in the first place including my little brother JC, Peter Hunt, Andrea Krejci, Jimmy Loder, and most importantly my mom, Page, and dad, Doug. On January 13th, my parents and I will fly out of Denver International Airport en route to Hakuba Valley, Japan, for the first stop of the Freeride World Tour January 18th – January 25th. Both excited and extremely nervous, I couldn’t be more proud to represent my hometown of Taos, New Mexico, and the kind of skiing its terrain and community create.